Meta-analyses have overestimated both the primacy of cognitive ability and the validity of a wide range of predictors within the personnel selection arena, according to groundbreaking research led by Paul R. Sackett, Ph.D., chair of the HumRRO Board of Trustees, and the Beverly and Richard Fink Distinguished Professor of Psychology and Liberal Arts at the University of Minnesota.

In a world embracing simplicity and certainty, researchers often take great pains to emphasize the tentative nature of their conclusions—well-captured by the phrase, “Statistics means never having to say you’re certain,” and the shopworn joke about psychologists responding to all questions with, “It depends.”

Even so, there must be some things researchers assert confidently, right? Some unassailable, unimpeachable principles strong enough to build decades of research on?

Within the field of industrial-organizational (I-O) psychology, there has been at least one such fundamental truth: cognitive ability is the best predictor of work performance. Rooted in numerous meta-analyses and confidently proclaimed for over half a century, decades of research and hiring and promotion methods have been built on this proclamation.

Thus, it would take a giant in I-O psychology like Sackett to thoughtfully and rigorously revisit the statistical corrections that lie at the heart of meta-analytic methods and challenge 50 years of research. In doing so, Sackett’s work, among other intriguing findings, revealed that structured interviews may in fact be the strongest predictor of job performance—not cognitive ability.

“I view this as the most important paper of my career,” Sackett said, noting that it offers a “course correction” to the I-O field’s cumulative knowledge about the validity of personnel selection assessments. This consequential paper, “Revisiting meta-analytic estimates of validity in personnel selection: Addressing systematic overcorrection for restriction of range,” recently released as an advance online publication by the Journal of Applied Psychology, is co-authored by Charlene Zhang, Ph.D., from the University of Minnesota, Christopher Berry, Ph.D., from Indiana University, and Filip Lievens, Ph.D., from Singapore Management University. Berry received HumRRO’s Meredith P. Crawford Fellowship in 2006.

The critique levied by Sackett and his co-authors aims directly at the “nuts and bolts” of meta-analytic methodology, so a brief review of those methods helps one fully appreciate the nature and importance of their contributions. As the most common approach to synthesizing research findings across studies, meta-analyses typically involve the following steps:

Identifying studies that have previously explored these relations quantitatively, including those used in earlier meta-analyses and in new primary studies. The metrics synthesized through this process are generally correlation coefficients, with values ranging from zero (meaning no relationship between the personnel selection assessment and the outcome criterion of interest, typically job performance) to 1.0 and -1.0 (reflecting a perfect positive and a perfect negative relationship between the assessment and criterion, respectively). For example, a correlation of 1.0 means that higher scores on an assessment are always associated with higher scores on the criterion, without exception. Given the complexity of the phenomena psychologists study, such correlations typically fall in the .40 to -.40 range.

Using statistical adjustments to correct the correlations identified during Step 2 for limitations in the primary studies. While mathematically complex, these adjustments rest on a straightforward premise: to adjust or “fix” the correlations found in the primary studies that consistently underestimate relations among various personnel selection assessments and job performance, thus obtaining a more accurate picture of the “true” correlations. While a variety of corrections can be employed at this step, range restriction in the assessment scores and criterion unreliability are the two most common.

Statistically summarizing the corrected correlations emerging from Step 3 to arrive at more stable and accurate estimates of the relations among specific personnel selection assessments and the outcome of interest.

Focusing on Step 3, Sackett and his colleagues argue that commonly used corrections systematically inflate relations among personnel selection assessments and job performance. They are particularly critical of one widespread practice that involves using range restriction estimates generated from predictive validation studies to correct the full set of studies included in a meta-analysis that also includes many adopting concurrent designs.

The two shouldn’t be treated in like fashion. While predictive validation designs include actual job applicants who are hired on the basis of the assessment, concurrent validation designs involve administering the same assessment to current employees. Because current employees were not selected based on the assessment administered in concurrent studies, Sackett and his colleagues convincingly argue that “across the board” corrections overinflate validity estimates—sometimes to a substantial degree.

The nuanced and thoughtful critiques of meta-analytic corrections shared by Sackett and his colleagues extend beyond the example noted above, yet they all reflect a set of guiding principles that future meta-analytic work would be wise to follow:

At the very least, Sackett and his colleagues advocate “an end to the practice of simply assuming a degree of restriction with no empirical basis.” However, this critical approach should be extended more broadly whenever meta-analysts evaluate sources of information, such as assessment score norms, that could potentially serve as the basis for range restriction corrections yet may not be relevant to personnel selection contexts.

This principle could also be expressed as, “when in doubt, don’t correct.” If, after some critical thought, you conclude that you don’t have a credible estimate of range restriction or unreliability for a given study, it is better to be conservative and not correct than to apply an inaccurate correction.

Rather than base corrections on general rules of thumb (for example, “the criterion reliability is .52”), ask yourself if more “local” sources of information would likely provide a more accurate estimate (for example, reliability estimates for a specific type of criterion such as task versus contextual performance).

Using these principles as a guide, Sackett and his colleagues re-analyzed studies included in earlier meta-analyses along with more recently conducted research, and the outcomes of their work hold many lessons for I-O researchers and practitioners alike:

“This work is another example of the rigor, thoughtfulness, and impact that always characterizes Paul’s work, not to mention the direct relevance for applied practice,” said Cheryl Paullin, Ph.D., Vice President of Operations at HumRRO. “I have no doubt it will have a substantial impact on the I-O field in the coming years. The findings are also consistent with my experience that well-crafted structured interviews, grounded in detailed job analytic data and conducted by well-trained interviewers, are one of the best personnel selection tools we have to offer our clients.” 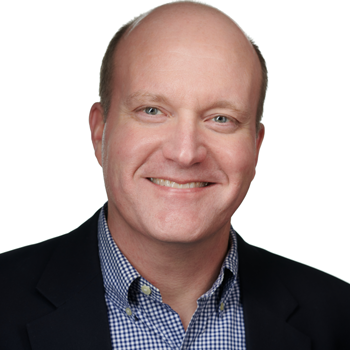