HumRRO and ICF: A Winning Model of Collaboration

For the past three years, Human Resources Research Organization (HumRRO) and the International Coaching Federation (ICF) have developed a truly collaborative research partnership that has significantly advanced coaching research and practice.

Beginning in late 2017 and continuing through early 2019, HumRRO and ICF worked together to design and conduct a global practice analysis of the coaching profession. The quality and comprehensiveness of that work, which informed a recent update to ICF’s Core Competency Model, was recognized nationally when the American Society of Association Executives (ASAE) recently awarded ICF a Silver Award through its 2020 Power of A Awards program.

One of the unique aspects of ICF’s analysis of coaching practice was its careful attempt to illuminate mental and emotional processes as well as observable behavior—in short, the “being” side of coaching as well as the “doing” side.

“Through consultation with ICF, we decided to expand the traditional critical incident methodology—along with asking coaches to record the behavior they had engaged in and its associated outcomes, we also asked them to write about the emotional, cognitive, and self-regulatory processes they were experiencing,” O’Shea noted. “Had we not done this, we certainly would have missed identifying capabilities that are vital to coaching.”

This example highlights how critical it is to think though whether traditional practice analysis methods can be modified or enhanced to conduct the most informative study possible, and why collaborating with a client can yield an approach that is tailored to their unique needs and context.

What Makes a Good Partnership?

One of the many reasons why the HumRRO-ICF partnership has been so productive is because each organization brings knowledge and skill around both industrial-organizational (I-O) psychology and coaching. For example, O’Shea is an ICF-certified coach, and Joel DiGirolamo, ICF’s director of coaching science, has a background in I-O psychology.

“From the get-go, ICF made it clear that they wanted a true partnership with HumRRO—much like the kind of partnership that happens in good coaching relationships, actually,” said O’Shea. “They always come to the table with a clear goal in mind for a project, and then, together, we discuss the different paths available and the pros and cons of each before they make a decision about how to move forward.

“In my nearly 20-year career, it is probably the most collaborative partnership I’ve ever experienced with a client,” noted O’Shea.

Carrie Abner, vice president of ICF Credentials and Standards, also evoked a coaching metaphor when discussing the ICF-HumRRO partnership: “In professional coaching, partnership between the coach and client is critical to success. As the largest global certification body for professional coaches, the ICF considers partnership and collaboration an essential element for any coach who holds an ICF Credential. The commitment to partnership is also among the many reasons we value our work with HumRRO and why we’re pleased that this partnership has expanded over the years to support a number of important projects that serve the global community of coach practitioners.”

Since the practice analysis was completed in May 2019, the ICF-HumRRO partnership has expanded to include a number of additional efforts:

An oft-cited quip says that while mentors and teachers have “great answers for your questions,” a coach has “great questions for your answers.” While an accurate statement, our research collaboration with ICF shows that questions are more powerful and impactful when you work together from the beginning as a true, strategic partner. We look forward to continuing to serve the professional coaching community through this rewarding partnership. 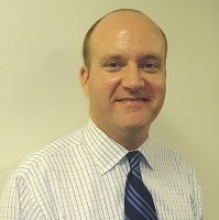