Removing the Mask on Implicit Bias to Minimize Its Impact

The current public health, economic, and social justice crises facing America are shining a bright light on inequities in our society. In response, companies are examining their processes and implementing stronger diversity and inclusion initiatives.

At an individual level, it is important for decision makers at these companies to examine their own biases and understand how they might impact decisions. Explicit bias, or overt racism, is easier to spot and eliminate. Implicit bias, however, is just as impactful but much harder to recognize.

The Kirwan Institute for the Study of Race and Ethnicity at The Ohio State University defines unconscious bias, also known as implicit social cognition, as “the attitudes or stereotypes that affect our understanding, actions, and decisions in an unconscious manner.” Furthermore, “these biases, which encompass both favorable and unfavorable assessments, are activated involuntarily and without an individual’s awareness or intentional control.”

Bias on the Brain

To mitigate implicit bias, you first must recognize where it originates. Although much of the science around implicit bias is still in its infancy, scientists are starting to look toward the brain and neurological mechanisms. For example, scientists are evaluating the role of the amygdala, which is associated with fear or the “fight or flight” notion. The survival instinct of our brains drives us to make certain decisions—usually quickly and relying on a “gut feeling.” For instance, should I run from that rustling sound coming from those bushes? Humans would not have survived long if our brain stopped and thought, hmm … let me think about that.

From an evolutionary standpoint, this instinct serves us well, but it can lead to poor decisions based on false assumptions that would be different with more time and information. To further complicate this challenge, the brain is bombarded with 11 million pieces of information at one time, but it can only process about 40 pieces. To accommodate all that information, the brain subconsciously processes the information using pattern recognition, categorization, and filtering.

The brain’s ability to quickly process information is developed over time based on repetition and experience. While categorizing and filtering information is good for functioning, it is not effective in stopping bias. When the brain is unable to consciously process lots of information at one time, then the subconscious takes over. When groups of people are completely unaware of the subconscious biases this creates, systemic issues can emerge.

Implicit Bias in the Workplace

According to Nobel Prize-winning psychologist and economist Daniel Kahneman, humans process decisions based on two systems:

To address implicit bias in the workplace when selecting new employees, people need to move consciously toward System 2, which requires slowing down thinking and being more mindful. Unfortunately, many interviewers still use System 1 thinking, such as “gut instinct” and “chemistry,” that limit their ability to pick the best person, or worse, to unconsciously rule out candidates from different races and backgrounds.

To determine if a hiring manager is engaging in System 1 thinking, ask:

According to an analysis of employment discrimination cases based on interviews of external hires between 1998-2010, poor selection practices can also prove costly. Of those that went to trial, only 13 percent using structured interviews were ruled discriminatory compared to 50 percent of the unstructured ones. The average payout for companies that lost at trial or settled out of court was $1.5 million.

HumRRO is currently partnering with a Fire/EMS Department, using the practices highlighted above to enhance their hiring standards and to ensure equitable treatment across applicants. Specifically, HumRRO is developing interview questions that tap into difficult-to-assess competencies, helping interviewers to focus on relevant skills and experiences. We are also creating scoring rubrics, benchmarks, and guidelines to level the playing field for entry-level candidates and developing and leading training to ensure panel members know how to conduct structured interviews.

While it may seem self-evident not to use gut instinct, training on why it is normal human behavior—developed through centuries of evolution—to go with your gut and how to prevent it is important for avoiding bad hiring decisions. In fact, interviewers often experience lightbulb moments during training, understanding why structured interviews are key to creating a fairer and more effective hiring process. The Fire/EMS Department has already seen positive outcomes and is looking to use the process for selection into their next academy.

Addressing implicit bias is not just about doing the right thing; it is also about finding the best person for the job. While no tool is perfect, having a structured process in place can help flag and prevent implicit bias in your selection practices. 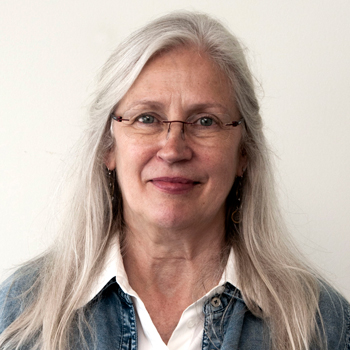